We use cookies to ensure that we give you the best experience on our website. If you continue to use this site we will assume that you are happy with it.Ok

Math Joke of the Week Posters and Binder

This is a project I started putting together at the end of last school year. I’m super excited about how it turned out. I put the finishing touch on it this week, so I’m finally ready to share it with you guys.

I saw an idea on twitter a year or so ago (yes, I realize it’s a tweet from 2015, but I didn’t see it until 2018) where a teacher posted a daily joke for students in their classroom. It was actually featured in Monday Must Reads Volume 45. I decided I wanted to do the same thing with math jokes. But, I wanted to do it on a weekly basis. I also knew if I didn’t pre-plan what all the jokes were going to be and prepare them all in advance that it would quickly become the “math joke of the month” or “math joke of the semester.”

I started collecting math jokes from various websites and typing them up in Google Slides.

After I had almost 40 jokes, I printed them off and placed them in sheet protectors. 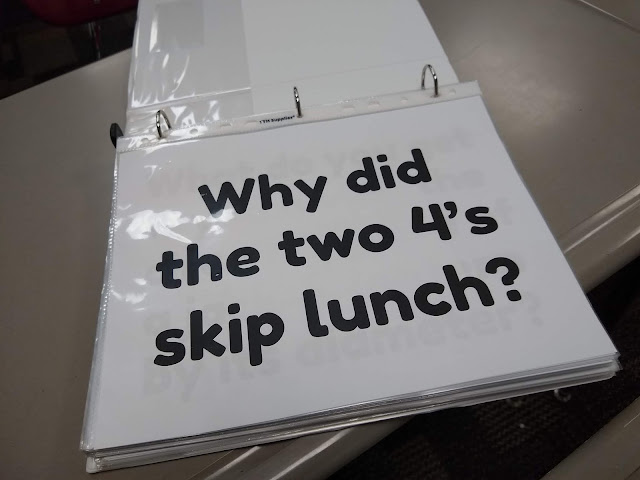 I printed the answers 4 to a page and cut them apart so they could be inserted in the sheet protector behind the joke. 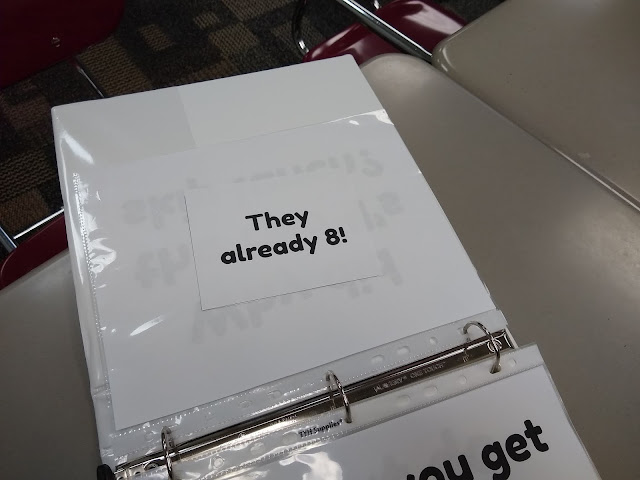 Then, I assembled all of the sheet protectors with the jokes and answers in my new “Math Joke of the Week Binder.” 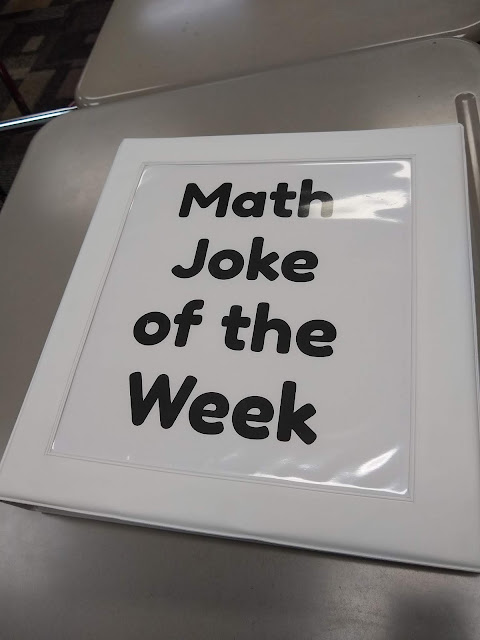 Now, I can easily pull out a new joke each week and place the old joke back into the binder. 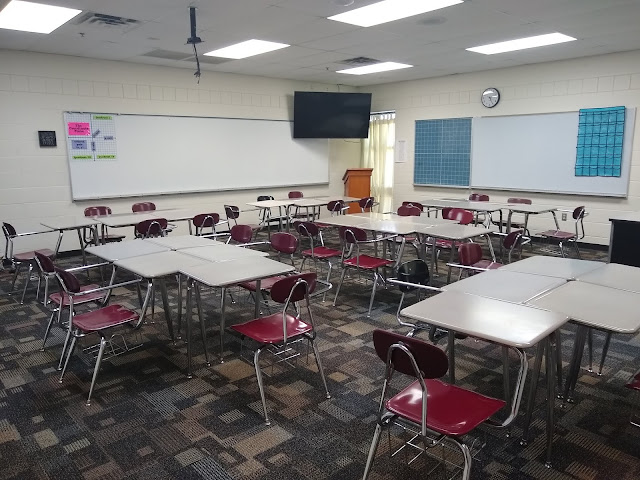 Last year, I just hung some posters on top of the chalk board and sort of used it as a bulletin board. It worked, but it didn’t look the nicest. This summer I got some bulletin board paper and taped over the coordinate plane. Then, I used some colored tape I had in the cabinet to make a border around the edge. It doesn’t look perfect up close, but it looks so much nicer than it did last year. 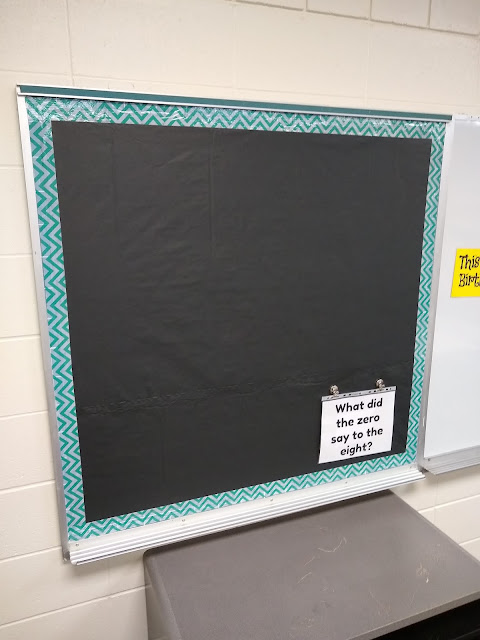 Since it’s still magnetic, I’m planning on using this board to hang various things using magnets such as announcements, information from the office that I’m required to post, upcoming ACT dates, my math joke of the week, and whatever else I can think of. 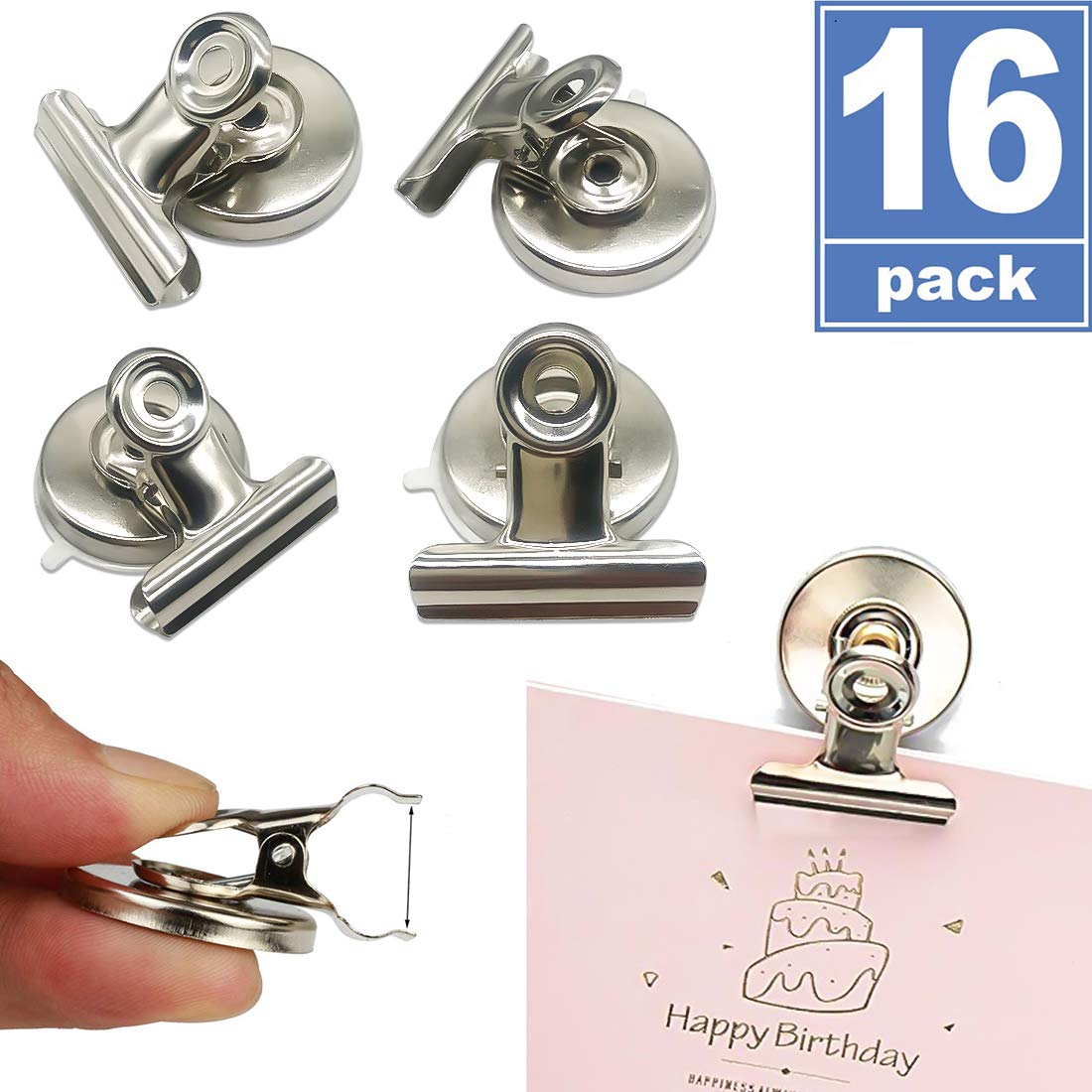 I bought a set of 16 magnetic clips from Amazon (affiliate link) to use to make it super easy to hang stuff on the board. They’re super strong, and I think they’re going to make it easy to change out stuff as necessary.

Once I had my first joke of the week hung up, I decided it was missing something. So I decided to design a sign to hang above it that says “Math Joke of the Week.” It also gives students instructions about how to find out the answer to the joke. 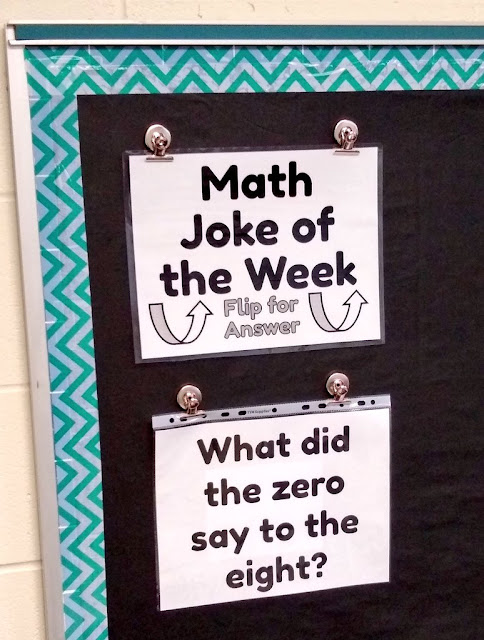 As you can see, students flip up the bottom of the sheet protector to reveal the joke’s answer. 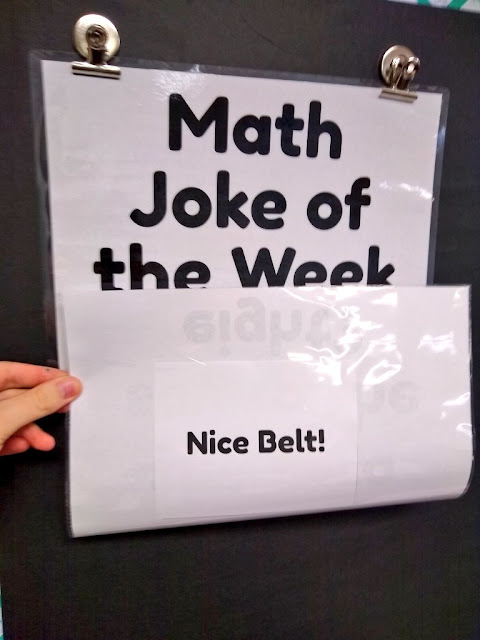 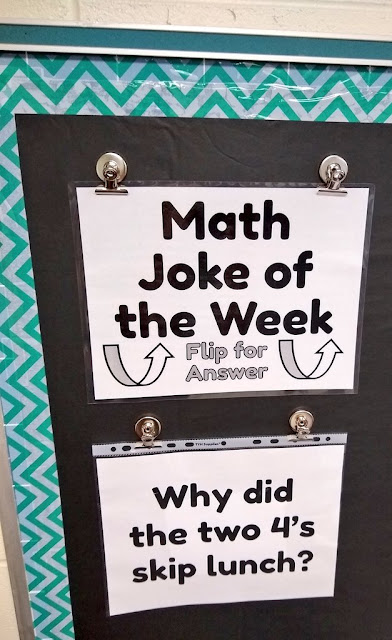 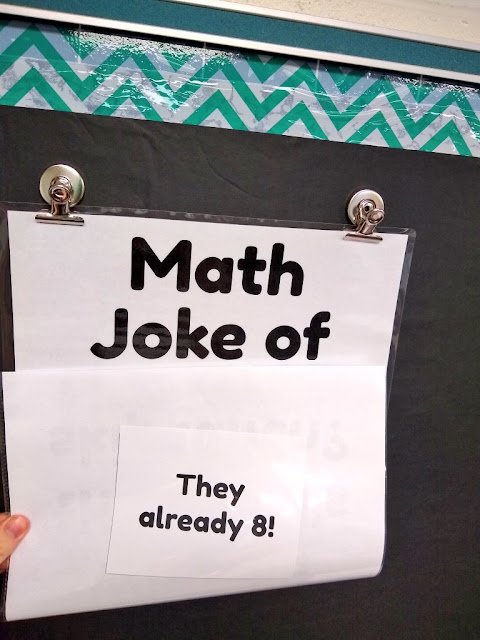 You could even make it a student job to switch out the joke each week!

Interested in posting a math joke of the week in your own classroom? I’ve posted the jokes as Google Slides here. If you’d rather have a PDF to print, you can find PDF versions of the jokes here. This link also includes links to the poster that says “Math Joke of the Week” and the binder cover.

Have a favorite math joke I didn’t include? Leave it in the comments, and I’ll type them up and add them to the files at a later date! Some of the jokes I included are definitely targeted towards a high school audience (making mention of trig functions), so I’d like to add some more jokes so that there is a full year’s worth for elementary and middle school teachers as well!

3 Hares Puzzle (and Other Puzzles of Late)

September 1, 2019 / 30 / 0
If you want a single page with easy-to-find links to every episode of The Mechanical... Continue reading

3 Hares Puzzle (and Other Puzzles of ...

Select the fields to be shown. Others will be hidden. Drag and drop to rearrange the order.
Compare